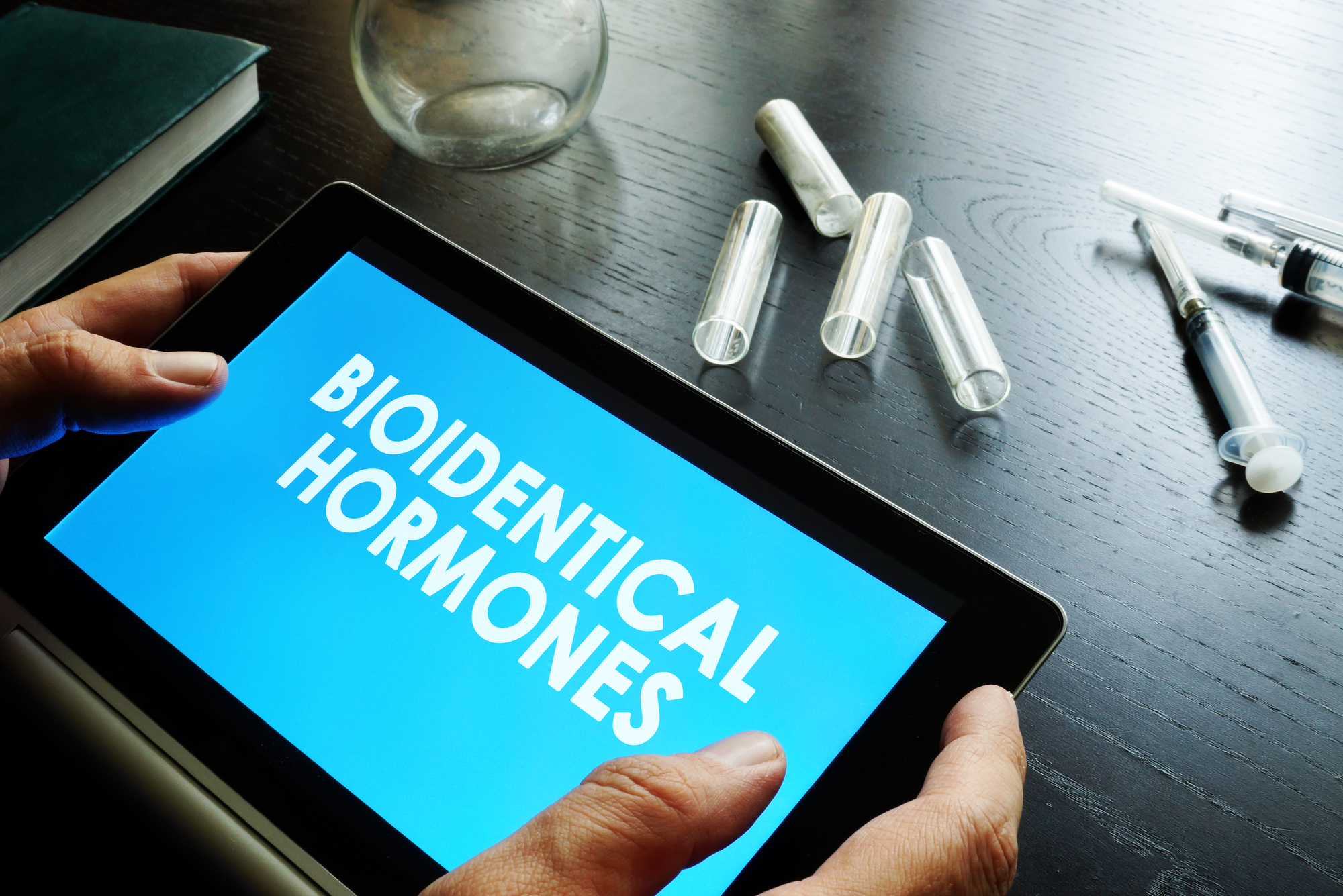 Bioidentical Only—Nothing Else Will Do

Sex hormone replacement therapy was founded on the false assumption that hormones with similar chemical structure had identical actions and side effects. That erroneous belief holds to this day.

This comes from the Endocrine Society’s position paper, which was also adopted by the American Medical Association: “(There is) an environment for the scientifically unproven idea that ‘bioidentical hormones’ are safer and more effective than traditional hormone therapy. No such comprehensive study has been done to examine the effects of ‘bioidentical hormones.’”

It seems odd to imply that molecular structure is unlikely to influence biologic effect. After all, a few changes in the molecular structure of testosterone will yield estradiol, which in sufficient quantity can help transform a man into a woman. As noted below, there is plenty of experimental evidence verifying substantial differences between bioidentical and non-bioidentical hormones.

The development of the birth control pill was a signal achievement in medicine, providing for the first time a reliable method of family planning. The hormones used were highly effective in preventing unwanted pregnancy, yet they were not bioidentical. Over the years they were found to cause serious complications, including heart attacks and strokes, thrombophlebitis and blood clots to the lungs, especially in older premenopausal women and in women who smoked. They contained powerful non-human identical estrogens, along with progestins. (progestins are progesterone-like substances, with similar actions, but not structurally the same as progesterone.)

These were oral formulations, and it was also presumed that there was no effective difference between hormones taken orally and hormones taken by other routes, such as by injection or through the skin. It was therefore reasonable to use non-bioidentical estrogens and progestins for the treatment of menopausal symptoms. Women would be spared the abrupt miseries of menopause, and drug companies would make fortunes by patenting synthetic formulations structurally different from our native hormones.

Thus came to be Premarin, an estrogenic derivative of PRegnant MARe’s urINe, and Provera, also called medroxyprogesterone acetate. As oral formulations, these products were prescribed for years to menopausal women, with largely salutary effects. It was clear that they maintained bone density and prevented osteoporotic fractures. It was also believed that they prevented heart disease and Alzheimer disease, but these findings were flawed.

The Women’s Health Initiative, a large government-sponsored study, released data in 2002 demonstrating an increased incidence of breast cancer in women taking conjugated equine estrogen (CEE- like Premarin) and medroxyprogesterone. Furthermore, there was also an increased risk of heart attack and stroke. Other studies confirmed these alarming findings.

The world of female hormone replacement was turned on its ear. Influenced also by headlines in the media, the medical establishment sharply curtailed prescriptions for hormone replacement therapy. Women were refused therapy they had been receiving for years, and were offered the explanation that risks were too high. Now they had to suffer their symptoms, or take alternative nostrums, like antidepressants.

Many authoritative physicians, especially breast cancer specialists, remain adamantly opposed to estrogen and progesterone therapy in any form. At best they will consent to hormones for the shortest period of time in the lowest effective dose, and women with a history of breast cancer or significant predisposing factors, such as fibrocystic breast disease or dense breasts, should receive no hormones at all.

Bio-identical estrogens and progesterone are produced from soybeans or wild yams, modified to be the same as hormones produced in the human body. Human estrogens come in three forms: estradiol, estrone and estriol. Estradiol is the main active form. Estrone is usually avoided because of its potentially carcinogenic effects. Estriol is a weak estrogen, considered protective against breast cancer. Estriol is also effective as a vaginal lubricant, and supports the integrity of vaginal tissues.

The villain on the breast cancer scene appears to be a progestin, medroxyprogesterone (MDP). MDP increases cellular proliferation in both ductal and lobular breast tissue. In a large French study published in 2007, which followed 80,000 women for an average of eight years, progestins like MDP, when given with estrogen, increased the risk of breast cancer by 70%. Estrogen alone increased breast cancer risk by 30%. However, estrogen given with bioidentical progesterone caused NO increase in breast cancer.

Similar findings have surfaced in studies of heart disease and stroke. In the past, estrogen was considered protective against heart disease, because it maintained arterial elasticity and lowered LDL (bad) cholesterol levels. This correlated with the finding that women did not begin to manifest heart disease until their 60s, ten years after menopause, while men often presented with heart attacks in their 40s and 50s.

Thus there are many studies that demonstrate the safety of bioidentical estrogen and progesterone, and the dangers of non-bioidentical preparations of both estrogens and progestins. At this time, with the ready availability of bioidentical hormones, there is no reason to use anything else. There is a track record of benefit and safety for women taking controlled doses of these hormones, in carefully selected formulations, under medical supervision. Horse hormones and progestins for hormone replacement should become obsolete. Patient demand will make this happen.